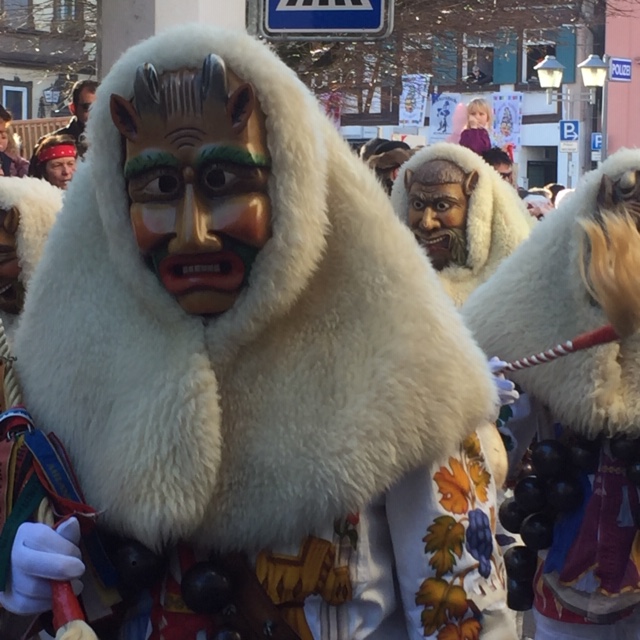 Everybody has heard of or seen the great Carnival Processions from Rio/Brazil. But have you ever heard of the famous Swabian Alemannian Carnival in the Black Forest Region? If you are a newcomer to this region, most likely not.

For locals, it`s a very important tradition that officially starts on November 11th at 11 o‘clock. At this time, people decide upon the new carnival topics for the upcoming carnival season and start to tailor the new costumes and get the decoration for the carnival wagons ready.

The carnival season, also called the 5th season here, usually takes places shortly before the 40 days of Easter fasting begin. School children get a week of school holiday, many companies close or work with little staff to be able to participate in these carnival festivities. Each village or little town has their own typical carnival costumes, some very elaborately done with handmade wooden, usually linden masks depicting horrible figures such as witches and devils. These costumes are usually passed down from parents to children and brothers and sisters because it is very time consuming to create them plus costly if real wooden masks are being used. Instead of real shoes, the Carnival figures wear homemade straw shoes. There are only a few people left in the Black Forest Region that are still capable of making these straw shoes. People can still buy them however from these few gifted craft makers and often use them as house shoes outside of the Carnival season.

The festivities start on, as we would call it, “schmutzige Dunnstig” (=foul Thursday) with a local tradition that women can cut off men‘s ties if they are wearing one that day. Every little town or village has their personal carnival processions in which different carnival clubs participate. A further well-known and beloved tradition are the local carnival evening gatherings during which local actors and comedians make fun of people of the village and of what has happened to them during the past year. So if you missed the gossip about something or somebody important locally, at the very latest you will learn about it during the Carnival season.

Bigger towns such as Freiburg City usually offer huge carnival processions with groups from all over the Black Forest which attract about 50,000 visitors who are riveted by the vibrant costumes and whimsical atmosphere. These large-scale processions feel like a small version of the Brazilian Carnival and are a great experience for foreign tourists and visitors from other regions of Germany alike. 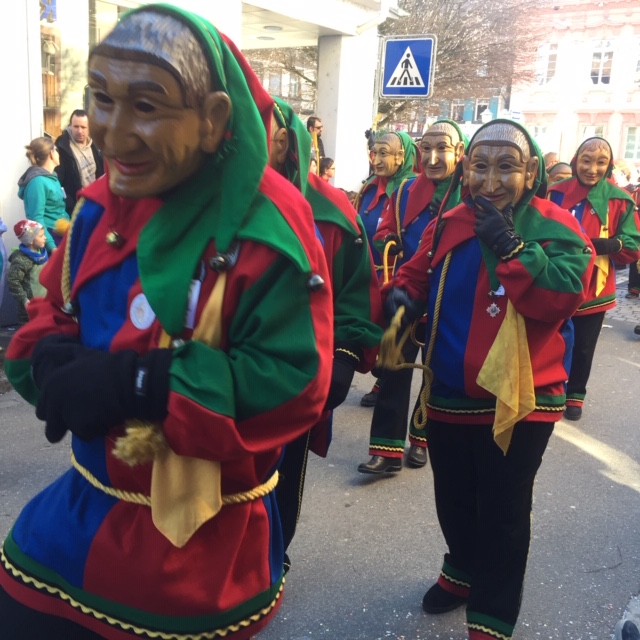 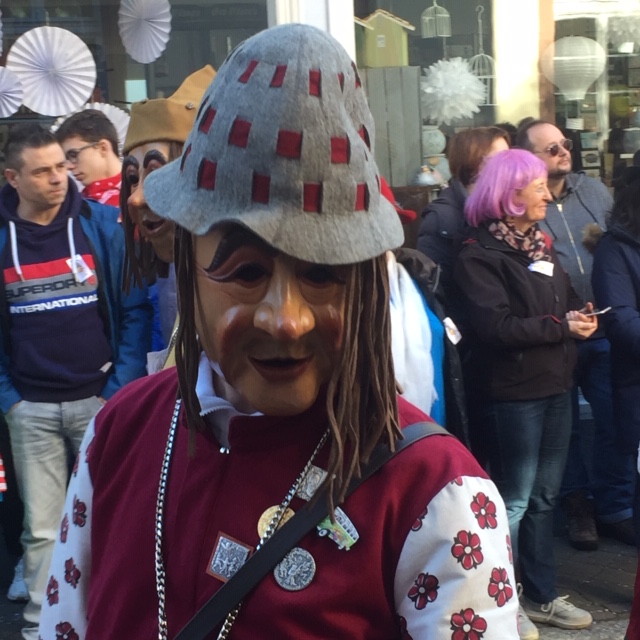 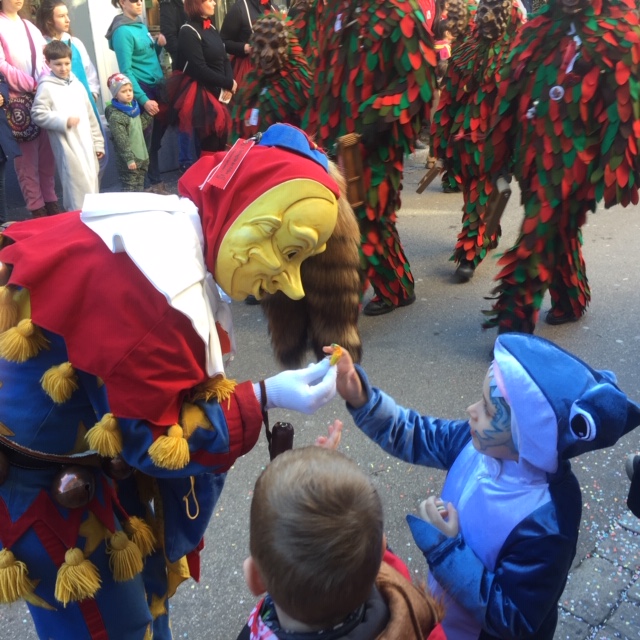 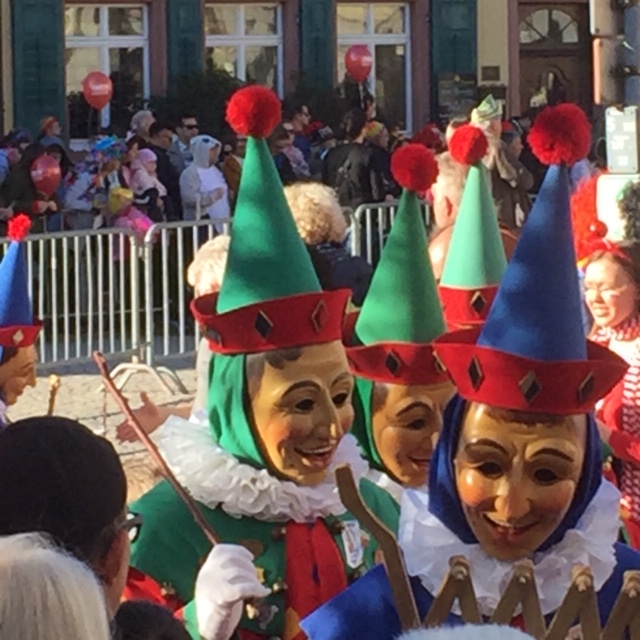 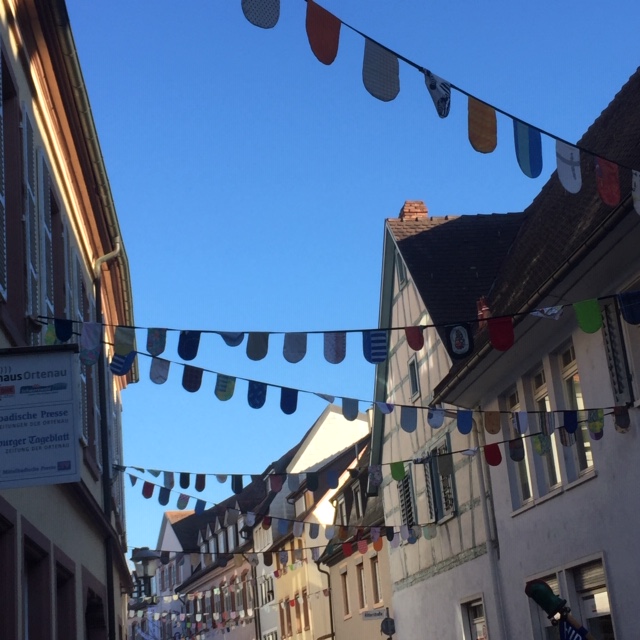 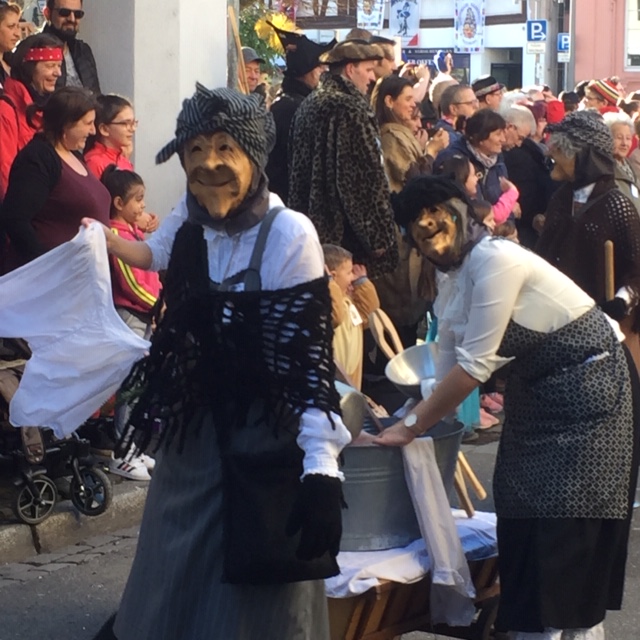 The Swabian Alemannian Carnival tradition is a pagan radition. It dates back to times before Christianity was introduced in this region. It dates back to times when people still believed in the gods of the seasons including the gods of winter, spring, summer and fall. The horrifying masks, depicting witches, devils, and other terrifying creatures, which the pagans wore aimed to chase away the gods of winter to make space for the new lighter season of spring and its gods.

This tradition remained even after Christianity took root in the Black Forest region; the Catholic Church even promoted it and established it as a religious procession to take place before the 40 days of Easter fasting. For Carnival season was also a time filled with a lot of drinking, eating and partying. It was thus perfect as a final party before the time of lent and 40 days of fasting since everyone was stuffed to the brim with good food and drink.

Some of these great processions are shown on TV as is the Carnival in Brazil. So people from other areas in Germany can follow and watch them on TV.

In case you are visiting during carnival season (usually during the month of February) it is really a MUST to go and experience these carnival processions. When you go, don’t forget to try the locally homemade carnival cookies, a kind of fried pastry with powder sugar on top. While your ears and eyes are delighted by the musical and colorful processions, your taste buds will revel in the sweetness and crunchiness of the cookies – yum!

Be my travel buddy and in case you are visiting in February, let‘s go to one of these local carnival events. I can promise, it’s quite the experience!

Want to plan your very own (CARNIVAL) tour with me? 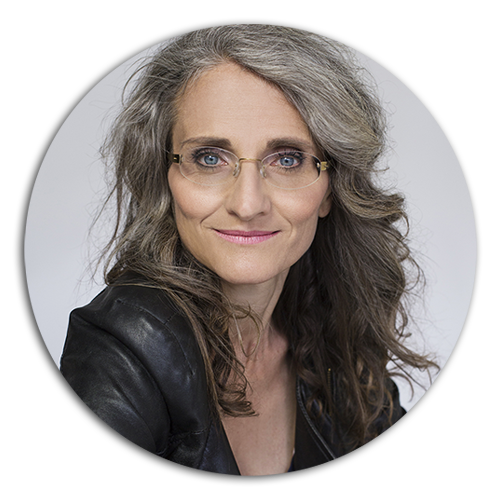 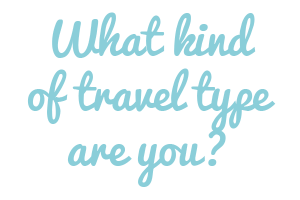 Get a regular dose of adventure into your inbox!

Join the new sky travel mailing list and explore the Black Forest and Alsace Region in a different way.

Your subscription was successful. Please check your inbox.

This website uses cookies to improve your experience while you navigate through the website. Out of these, the cookies that are categorized as necessary are stored on your browser as they are essential for the working of basic functionalities of the website. We also use third-party cookies that help us analyze and understand how you use this website. These cookies will be stored in your browser only with your consent. You also have the option to opt-out of these cookies. But opting out of some of these cookies may affect your browsing experience.
Necessary Always Enabled
Necessary cookies are absolutely essential for the website to function properly. This category only includes cookies that ensures basic functionalities and security features of the website. These cookies do not store any personal information.
Non-necessary
Any cookies that may not be particularly necessary for the website to function and is used specifically to collect user personal data via analytics, ads, other embedded contents are termed as non-necessary cookies. It is mandatory to procure user consent prior to running these cookies on your website.
SAVE & ACCEPT 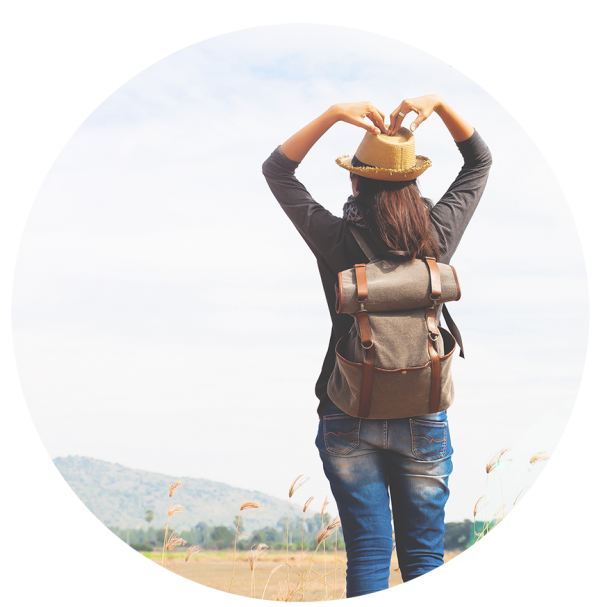 Yes, I want to find out what travel type I am!

Join my mailing list to receive the latest news and updates from New Sky Travel. After your registration you'll get the link to your free travel type test. 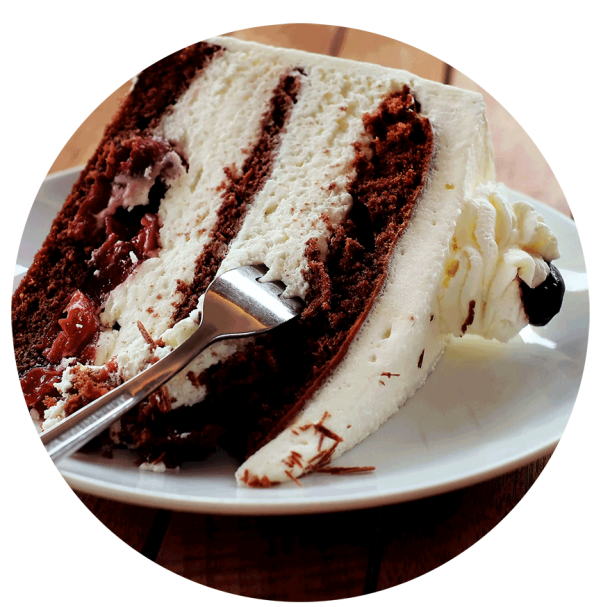 Join my mailing list to receive the latest news and updates from New Sky Travel. After your registration you'll get the link to your free backing instruction. 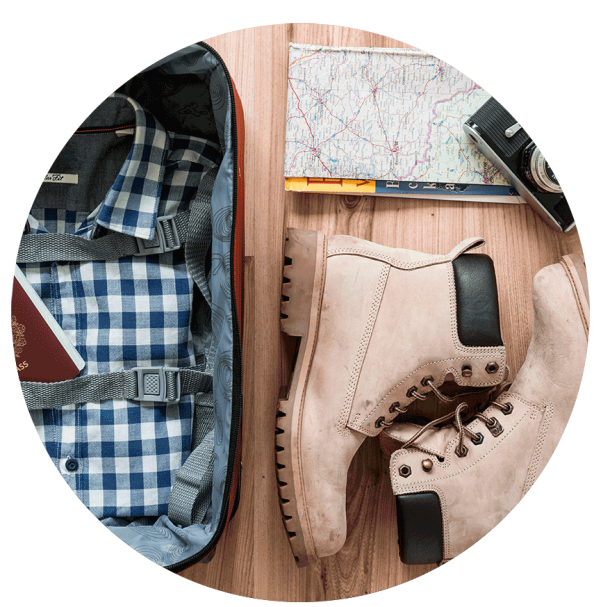 Yes, I want to get some help in packing the right things for my trips.

Join my mailing list to receive the latest news and updates from New Sky Travel. After your registration you'll get the download link to your travelers checklist.

Yes, I want to find out what travel type I am!

Join my mailing list to receive the latest news and updates from New Sky Travel. After your registration you'll get the link to your free travel type test.